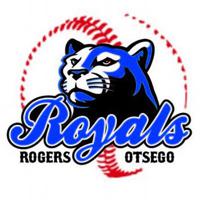 All parents and players participating in the Rogers - Otsego Youth Baseball Association need to adhere to the code of conduct policy.

We, Rogers-Otsego Area Youth Baseball Association (“ROYBA”) believe that youth baseball plays an important role in promoting the physical, social and emotional development of players. To help achieve this goal we have implemented a Code of Conduct for Coaches, Players, Parents and Spectators. This Code is designed to enhance the player's experience and maximize their ability to learn and enjoy the great game of baseball. We believe that sincere efforts to honor the words of this Code will improve the quality of our program.

I understand that as a Coach, Player, Parent and Spectator, I must act in accord with the following Code of Conduct:

All individuals responsible for a team and all spectators shall support the umpire. Failure to do so will undermine the umpire's authority and has the potential of creating a hostile environment for everyone involved. Consequently, ROYBA has adopted the following rules:

I hereby agree that if I fail to conform my conduct to the foregoing while coaching, playing or supporting baseball for ROYBA I will be subject to the following disciplinary procedures and penalties:

Disciplinary Procedures and Penalties: ROYBA League Commissioners or Board of Directors has the right to remove any coach, player, parent or spectator from a game or practice that does not abide to the ROYBA Code of Conduct. Once an alleged violation is reported to ROYBA, the following procedures will take place:

Appeal Process: If an offender disagrees with the penalty issued they have (7) seven days to submit in writing to the ROYBA Board of Directors requesting a formal hearing. A formal hearing shall then take place no longer than 30 days from the date of request. A committee of three Directors, separate from the League Commissioner, shall sit at the appeal hearing. The decision of the ROYBA Board of Directors is final and binding. No further appeals will be available to the offender.

Due to the large size of our leagues and continued increase in registrations, we are no longer allowing house players to "play up" to a different grade level EXCEPT for the Majors league  (2nd-4th grade).

Please register for the league that corresponds to your "current grade".

ROYBA is affiliated with MYAS/ Gopher State thus will follow the bat standards outlined by this governing organization.

If you have any questions about which is the right bat to purchase for your child, check out this link from Dick's Sporting Goods >>>  https://protips.dickssportinggoods.com/sports-and-activities/baseball/choosing-the-right-baseball-bat